We could call it a time of reflection, or a time to wake up.

Because of the Covid-19 quarantine, as well as new crisis occurring on the horizon, this has been a time of reflection. We could call it soul searching, or we could call it a time to wakeup.

As we move beyond our habitual, traditional, conceptual thinking about the world, we’re going back to the drawing boards.

In this video, I want to talk about walking into the unknown, whether it’s during a pandemic, or in other things that you’re going through. Maybe a new job, a new relationship, or a divorce, an ending. In those times, we have to trust in something that’s much deeper than what we already know; we have to go into creative thought or this unknown.

I want to give you a compass for getting through those times because we all need a compass when we’re going into the wilderness.

The unknown of the future.

We must have a way of guiding ourselves to know if we’re on track or off track. And as I was thinking about this, I happened to talk to a friend of mine the other day from Boulder, and he was sharing with me a story about Isaac Newton, the famous physicist who back in another time in history when we had the Bubonic Plague. (Over 100,000 Londoners died in one year.) He was a young student at Oxford, just starting his graduate school studies in mathematics. He was sent home, like all the other students to his little small village where he came from to stay for a whole year. He wasn’t in classes; he wasn’t trying to please his professors; he wasn’t trying to learn what they had to teach him. He just went into a deep state of reflection. And during that time, he discovered all kinds of mathematical theories that are still used in calculus and algebra today. They’re kind of the heart of what led to his later discoveries about what’s called the Newtonian theory of gravity, which was the impetus for the whole Industrial Revolution. 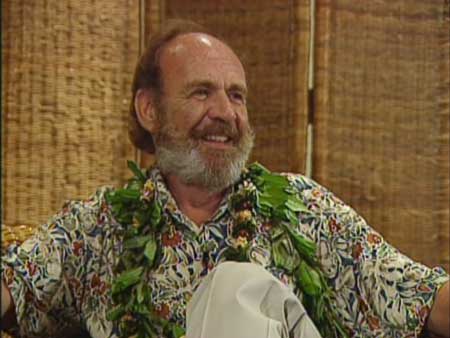 So, a little bit of reflection time can go a long way in our lives, to transform our lives and not just our own life, but people around us, and maybe even the world. Where does that power come from? Another man back in the 1970s  Sydney Banks had a similar experience when he went into a period of reflection, a very deep soul. And he discovered what we now would call the three principles. William James said back in the 1800s that once psychology discovers its true principles, it will change humanity beyond when humanity learned how to create fire. That’s how powerful this understanding of the three principles of psychology is.

Principle #1. Mind.
The three principles are all intertwined in one sense they’re one principle. When we talk about Mind, we are talking about invisible intelligence and power. That is the force behind all creation. We, as human beings, being part of nature; we’re part of that universal intelligence and design of Mind. Mind is the source of all new ideas; it’s the source of all, creativity, it’s the source of everything that we, in our world, create as our reality moment to moment. It’s Spiritual power if you will. It is the foundation of everything that we see in this world. It isn’t part of nature, everything that has been created by human beings came from that power of Mind,

Principle #2. Thought.
The second principle is what we create with thought. It’s a power, and it’s a principle, but it comes through us, as an image or concept or idea, and whatever that thought is, creates our day to day moment to moment life. So, we’re always living the feeling of whatever thinking we’re having at this moment. So if I’m apprehensive about tomorrow or what’s going to happen in my meeting next week or for my kids to be okay, those thoughts create an experience, a perception first, then a feeling, and from those feelings, we act and influence other people.

The power of Mind, this neutral, super-intelligence combined with thought allows us, like an artist, to create on a blank canvas, the experience that we call our life. That’s the second principle: thought is the principle creation, using the power of the Mind of as a catalyst to turn our thought into an experience.

Principle #3. Consciousness.
The third principle is consciousness. It is really very basic. Consciousness is the power that takes that invisible thought and turns it immediately into the sensory perception that we see, hear, feel, taste, and touch. Every thought that we have creates a vibration through our physiology, our brain sensations, our physiological system. And that’s the feeling that we live in. We are living in the feelings that consciousness brings to life from our thoughts, all of that happens through the power of Mind, this invisible, wise intelligence that is behind all the creation of our experience. This can kind of sound complicated, or deep, or it can sound simple at times.

As we go forward in our lives, it is essential to remember that we are not victims. We are not powerless, we may not be able to control things that are going on around us, but our experience is unique to us. We are the creator of that experience through these three powers, and as we become aware that that’s what’s happening, we feel less affected by stressors in our life, and we see that we always have a choice. To go within and listen to the wisdom of the Mind, or to react from old habits. So, in a nutshell, that’s what the three principles are. And I hope this will stir your curiosity and interest to learn further.

Remembering our Connection to Mind